3 Reasons Why You Should Go to a Hypnotist Comedy Show

If you and your friends, spouse, boyfriend or girlfriend, family, etc., are looking for a fun event to go to together, you should definitely consider going to a hypnotist comedy show. This is a completely different kind of comedy show than usual because the audience members will be the ones who provide all of the comic relief for you! This article will discuss 3 excellent reasons why you should go to a hypnotist comedy show for a fun night out.

If you are at all unsure of what hypnosis actually entails, you will be glad to hear that the hypnotist performing the comedy show will probably explain exactly what hypnosis is and what it does to people. They will explain that the only thing stopping someone from becoming hypnotized is fear. They also explain that being hypnotized does not mean that you are asleep or that you have no control over your actions. This discussion should make you feel confident that being hypnotized can be a great experience that isn't in anyway harmful to you.

You May Be Able to Participate In the Actual Show

The hypnotist who is running the show will select several volunteers to come up onstage and be hypnotized for the duration of the show. These volunteers are not preselected in anyway, but the hypnotist will generally choose the audience members that seem the most excited about the prospect of being hypnotized. This is because they are the most willing and will not be deterred from getting hypnotized by fear. If you have ever wanted to be hypnotized, this is the time! You will be able to experience something that you likely haven't felt before, and you will be right in the action of the show.

The Hypnotized Audience Members Will Provide You with Lots of Laughter

Because you will be seeing the hypnotized people doing things that they generally wouldn't do like squeaking like a mouse or pretending to dance like an 80s rock star, you will get in several great laughs. The show is meant to be 100% entertaining, and seeing everyday people in the show just makes it that much more fun for all of the audience members. The hypnotist will also have the hypnotized volunteers act out several different scenes and scenarios so you will never get bored with the show.

Look for a hypnotist comedy show in your area and get ready for a great night of entertainment. 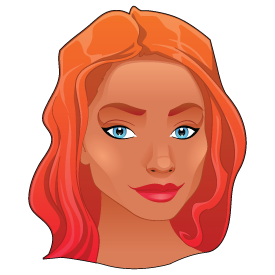 If you were to take a look in my magazine rack, you may think that you are looking at the belongings of a teenager or young woman. This is because as a 50 year old man, few people expect me to be obsessed with the red carpet fashions worn by some of today's biggest stars. However, the truth is, I simply cannot get enough. There are many sites out there dedicated to the entertainment industry, but few that truly speak to my generation. That is why I wanted to start this site so that others like me would have somewhere to go to get the latest news on their favorite stars in a way that truly speaks to them.